Gran Canaria is known as the “continent in miniature” for its diversity. With a hot, dry climate to the south, a cool and moist climate in the center and the “eternal spring” in the north the countryside, scenery and even the way of life changes depending where on the island you are.

By nature the south of Gran Canaria is very arid receiving so little rainfall each year it could be officially classed as a desert. Rocky canyons leading down to sandy beaches, a handful of small villages in the hills and of course down on the coast several large, man-made holiday resorts.

The center of the island offers some spectacular views with mountains reaching almost 2000 meters above sea level, spectacular rock formations, pine forests,  lakes, typical Canarian villages which have hardly changed with time, cave houses and a handful of residential towns nearer the coast.

The north of Gran Canaria is the greenest part of the island receiving the most rainfall so is also the heaviest populated. The island’s capital city is on the north-east corner with large historic towns all along the north coast and many villages as you head into the mountains. Adding to the green of the north are Laurel silver forests, banana plantations, meadows…

Check the weather and if we’ve had rain recently then you’ll be amazed at how much the island can change. Dry canyons can become flowing rivers, baron hills turn green with life and whilst the walks around the island can be breath-taking at any time of year, they are more so during the winter months when there’s more rainfall.

Barranco de Los Cernícalos – The Ravine of the Kestrels.

I’ve not done many walks but this one is by far my favourite and the one that was recommended to me more than the others. What makes this walk unique is throughout the year the path follows a stream at the bottom of a ravine which in parts forms small waterfalls.

This is an easy walk for the main part other than the final corner though I have to say when we did this the other day I saw pensioners and a woman with walking difficulties manage the entire route along with kids, dogs .... the whole family. It takes around two hours with all the stops along the way to take photos and admire the views. 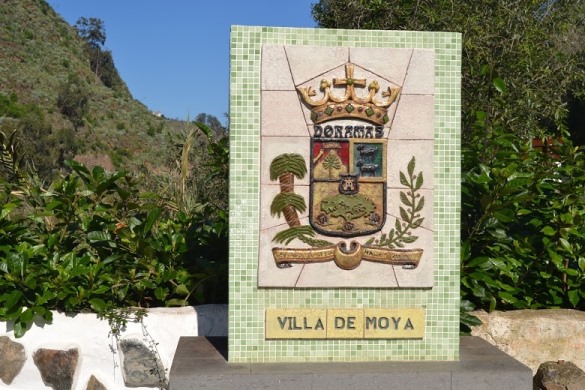 Los Tilos de Moya offers a very easy walk in the north of the island, not suprisingly close to the town of Moya. This is a walk through a laurasilva forrest covering 91 hectares of "barranco" (valley). It's part of the National Park of Doramas.

Not far from Agaete on the north west corner of the island is the protected park of Tamadaba, around 7500 hectors in total anmd including 18 kilometers of coastline, rising to 1444 meters and home to Canarian pine forests, lush ravines, reservoirs and some of the most spectacular views the island has to offer. On a good day you’ll have a little scattered white cloud below you and straight ahead amazing views of Tenerife and its mount Teide.