So your ship will be docking here in Las Palmas for the day, usually from early morning until late at night so as well as the option of spending the day in the city you could book an eight-hour tour and visit much of the island instead. 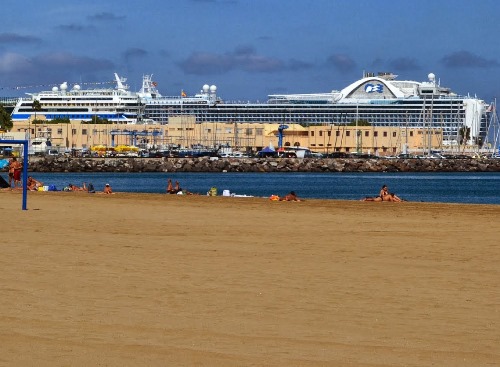 With 15,000 people arriving on cruises some week-ends the city is already more than prepared to look after you for the day (even Sundays) with plans to improve and vastly expand facilities over during 2014/5. Your ship docks in Santa Catalina harbour which is almost city-center. 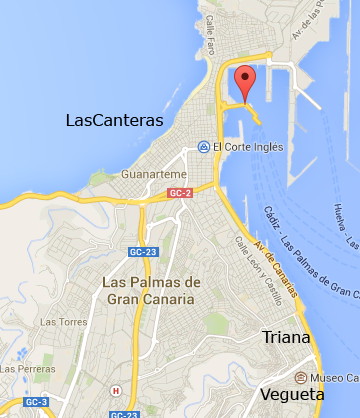 You can walk pretty much everywhere, in little more than 5 minutes from disembarking you could be in El Muelle shopping center already. Cross over the busy road and you're in Parque Santa Catalina, the perfect place to get a real feel for the city with street terraces to have a coffee and people-watch and if you walk from here down "Louise Morote" street for a 10-minute stroll through the city you'll reach it's northern-most edge which is the blue-flag Las Canteras beach.

There's a promenade running it's 4km length with more cafes, tapas bars and restaurants. Look to the west and the spectacular building at the end is the auditorium and just behind it is the huge Las Arenas shopping center. From Las Arenas shopping center catch the 25 yellow bus to the central market which lies on the border of Triana and Vegueta, the oldest part of the city. There's also a free bus taking you here directly from the cruise ship. Triana is a pedestrianized high street with more exclusive shopping as are the side streets running off of it. 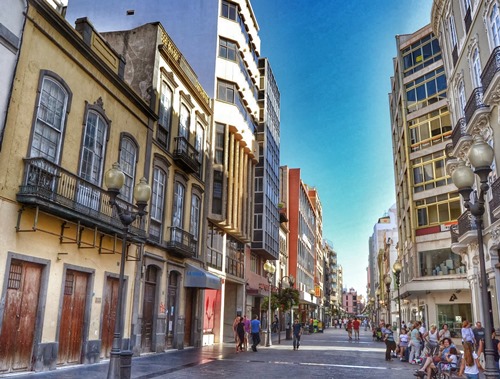 Vegueta is the original part of the city dating back over 500 years and you'll notice that many of the buildings and streets have been preserved through the centuries. There are dozens of museums and galleries to see in this area alone but my personal favourites would be the Colon Musseum (maritime museum after all the islands were conquested by the Spanish armada and Columbus set sail from here on his discovery voyages to the Americas); the Museo Canario which is the history museum showing the best of the millions of artifacts found around the island dating back three thousand years and more and including a room of mumified corpses in glass cases! Finally something more recent and the museum of modern art "C A A M" which displays sculptures and paintings from around the Atlantic. Of course a building hard to miss is the Santa Ana Cathedral which also has a museum you can visit. (Mass on a Sunday is at 10:00, 12:00, 13:00 and 19:00) 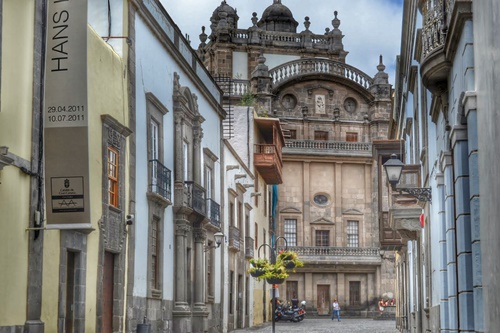 If you wanted to concentrate more time to seing the city and less to shopping in it then from Santa Catalina square you can catch a "hop on hop off" city sightseing bus. 17 euros gets you a day pas and the bus runs every 30 minutes or so stopping at all the main attractions of the city.

Alternatively if you're feeling fit or maybe a bit fat from all that rich food then there is a city tour by bike which leaves from your ship. 35 euros for the tour or 45 euros if you want to have lunch included during the hour break in the middle.

Your ship will offer at least two tours of the island, usually one of the north for a half day around 40 euros per person and a full day tour including lunch covering most of the island for 60 euros per person. If there's just you or the two of you then this is obviously the best option. If you're a large family or group of friends and there's 7 or more of you then you can book a private tour with an official guide just for yourselves and you decide where you waant to go, what you see and how long you stay at each place. For a 10-seater minibus with guide the cost is 225 for 4 hour or 365 euros for 8 hours. Lunch would be extra. It's possible to book private tours for groups as large as 55. 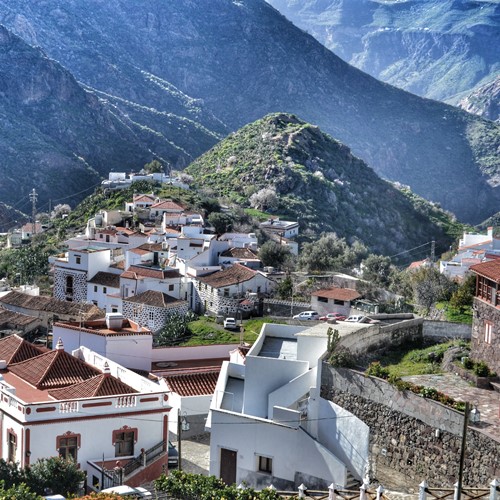 Maybe I'll do another blog with ideas for a day-trip around the island as there's too much to talk about. Some ideas for you to google though include Arucas, Teror, Cruz de Tejeda, Santa Lucia, Bandama, Guayadeque & Aguimes. Whilst the dunes in the south are spectacular they aren't worth including on a day tour as getting there and back means missing out on so much more on the center and north.

Finally, here is a handy brochure to download isssued by the tourist board and specifically designed for people visiting the island during a cruise.

Check out our ideas for Shore Excursions here!