This is an easy walk for the main part other than the final corner though I have to say when we did this the other day I saw pensioners and a woman with walking difficulties manage the entire route along with kids, dogs .... the whole family. It takes around two hours with all the stops along the way to take photos and admire the views. 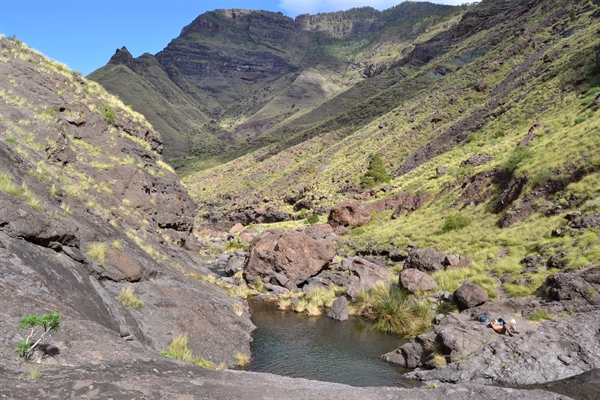 Although looking at a map El Risco looks much closer to the south if you head up the west coast, it's acutally much quicker and more relaxing getting the GC1 and GC2 motorways to Agaete then the windy GC200 road the lasy 10 kilometers to the village itself. When you see the Bar Perdomo you want to stop and look for somewhere to park. If the roadside parking is all full then about 20 meters north of the bar is a turning off the road that looks like it's going down to the stream but have a look and you'll see a track that leads to a large parking area. 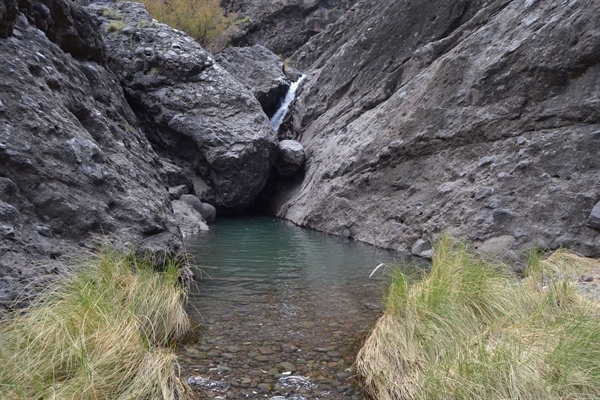 If I remember rightly we came accross 2 small waterfalls each with a pool at it's base until we thought that was the end of it. After the second waterfall you'll see that the path goes up the edge of a cliff and is quite steep. Take the path - as it turns the corner and after just a few meters you arrive at the last and much larger waterfall and pool.

You get the sensation of being inside a cave as three of the four sides are rock faces and the base is aslo rock. It had rained the week before so the waterfall was quite strong and the pool have been large enough for a swim had it not been a bit chilly.

This isn't a circular route so head back the way you came.