One of the most picturesque villages on the island Firgas is located towards the north coast, around a 20 minute drive up into the mountains from Arucas so ideal to combine the two towns in the same day. The area is rich in water sources and this is shown in the town center in the from of a spectacular water display. 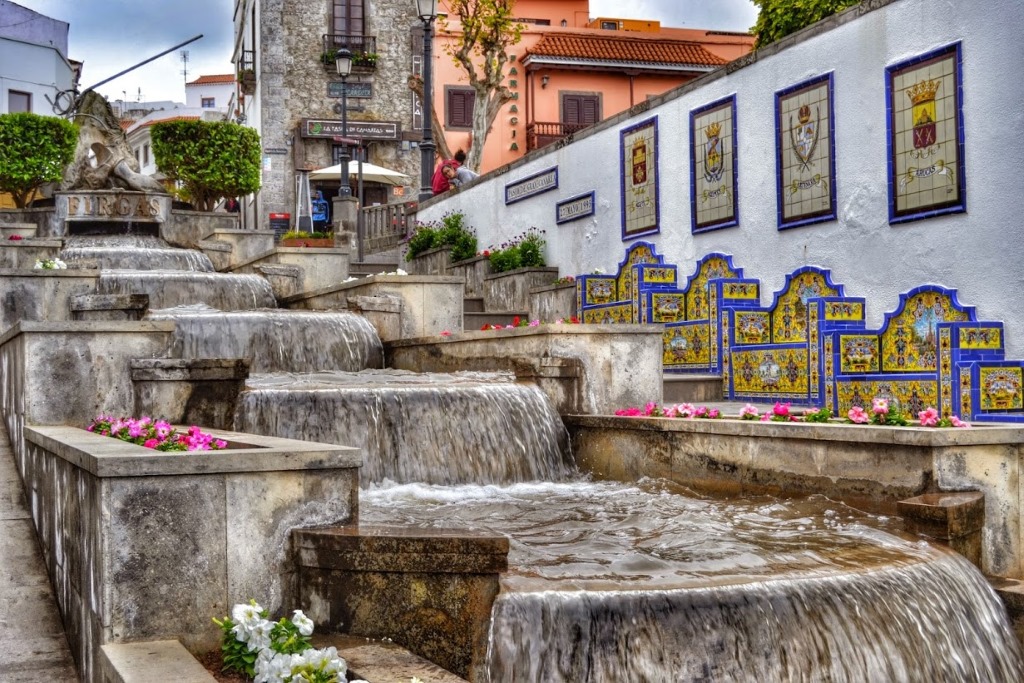 If you have a hire car it's very easy to get to Firgas though takes a good hour driving or more. Head up the GC1 until you find the GC3 ring-road that gets you onto the north coast. Head for Arucas but just before you get to the town center you'll see ahead of you a huge dual carriageway heading into the mountains. You'll also see the sign for Firgas telling you that's the way up to the village.

If you order water to drink in the south there's a good chance it will be Firgas water from the surrounding area of Firgas village. Around 200,000 bottles of water are produced daily. In the town center there are two spectacular displays. First is the 30 meter long waterfall as shown above. To the side of the waterfall there are the 22 heraldic shields of all the municipalities of Gran Canaria, including the shield of the island. A little further up The Paseo de Canarias also has representations of the 7 Canary Islands carved into the ground, with their respective heraldic shields and a landscape typical of each island. 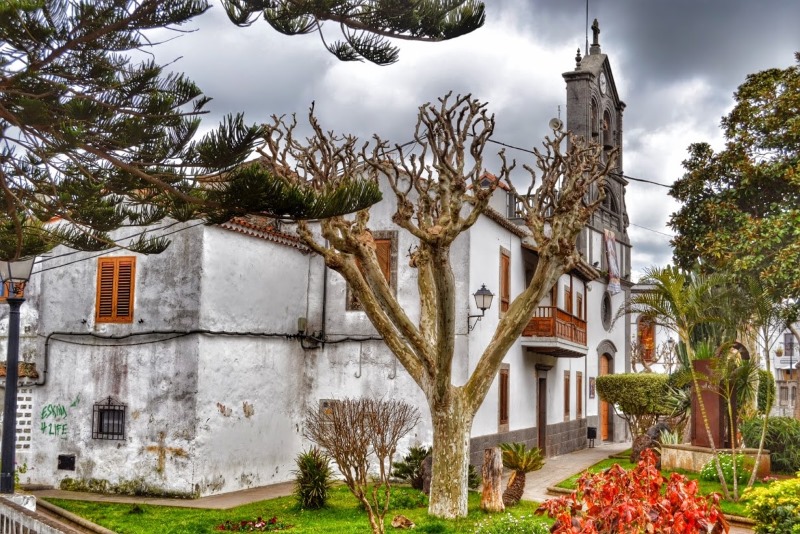 Above the main paseo you'll find the village Church of San Roque which was completed in 1502 and next to the the spectacular colonial looking building is the town hall, completed much later in the 1940s using blue stone from the local quarry. 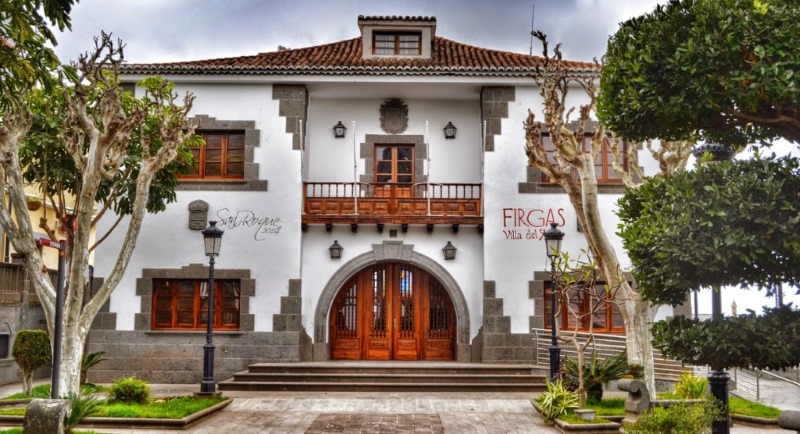 Be sure to have a look in the Casa de Cultura (where the library is located), Molina de Gofio - a mill dating back to the 1500s which still works today making the local serial Gofio. Next to the mill is a tourist information office open Monday to Friday from 8am until 3pm.